The Ideal Neighborhood, by Stephen King* 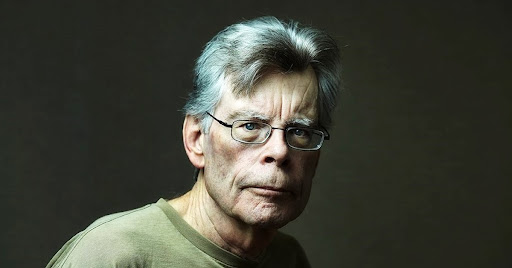 “It’s always dark. The only lights are the rogue, flickering candles that sometime cast grotesque shadows on the brick facades of abandoned buildings, but for the most part it’s just dark. The lights are never on, so you have to feel your way around, but there are no streetlights. There are no cobblestone streets. There is no electricity. It’s like wandering through a dream, except that there are monsters instead of familiar faces.

The brownstones line the street like dominoes waiting to be toppled; they’re crumbling and broken down into webs of black shadows that stretch across the street for miles in either direction. Tall brick walls run parallel with the sidewalks like prosceniums hosting an endless film festival of corpses and cautionary tales told by rusty metal streetlamps. Anything could be hiding behind those walls; anything could be watching you right now, waiting for you to make a mistake so they can pounce.

You think the sky is clear and cloudless overhead, but you’re never sure because without daylight there is no horizon against which to judge what you’re seeing. There might be stars up there or just swirling colors that will eat away at your mind until you’re nothing more than a skeleton mannequin hanging in this living nightmare for all eternity.”

*A description of the ideal neighborhood, written by GPT-3, in the style of Stephen King